When some college kids take their dean’s houseboat on Terror Lake as a prank, they become the target of a murderous mad man. 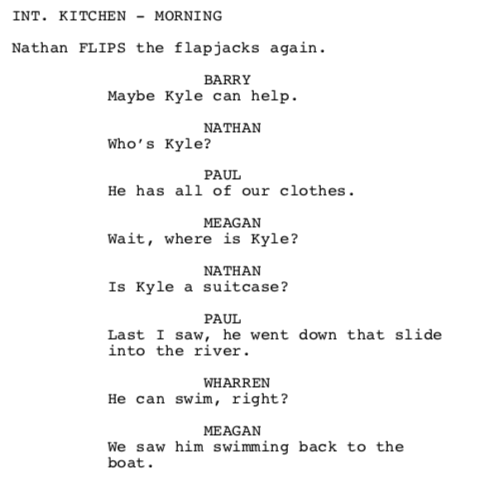 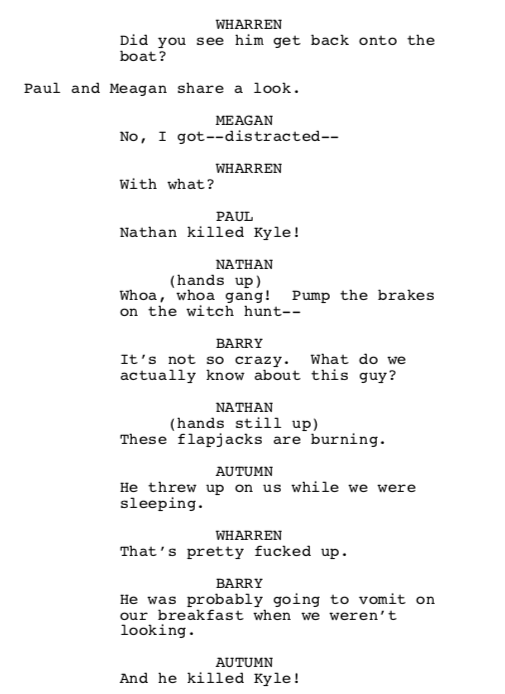 During my four years in Nashville, I formed a loose filmmaking group with some likeminded film dorks. A lot of the projects under the “Video” portion of this site were made with them, and we spent a lot of time watching obscure movies late into the night.

The biggest project we attempted was Houseboat On Terror Lake, a script we actually intended to film. We even put up a Kickstarter page, but it was nowhere near successful and we unfortunately scrapped it. We wrote a brief part for Nathan Fillion, in which he’s almost immediately and horrifically murdered. I contend to this day that Houseboat would make an excellent film.

This script was written by all five of us. We would sit in a room and typically Andrew wrote on a laptop connected to the TV. When someone had a good idea, they’d shout it out and we’d debate whether or not it made any sense. Even when it didn’t, it often still made it in, because Houseboat’s brand of absurdist humor pretty much allowed for us to go in any direction with the fast-paced dialogue.