When Caitlin and I were planning our wedding, we knew we didn’t need more stuff. We’d already been living together for a year and most of the essentials – the stuff that most people stick on a wedding registry – were covered. 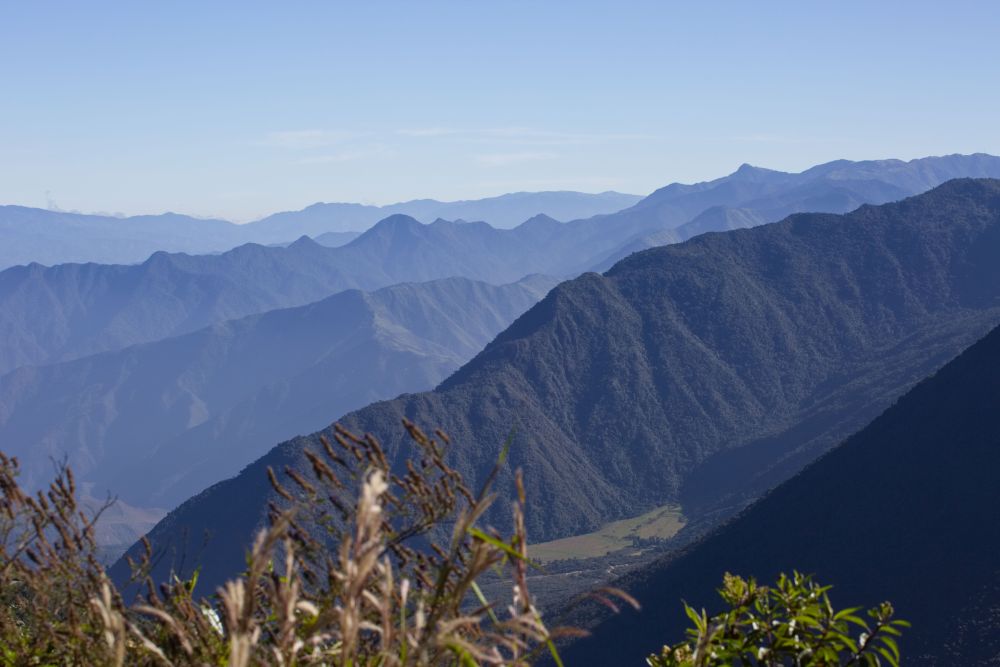 Instead we started to wonder what kind of awesome trip we could go on if we had friends and family pitch in a bit, and after considering a lot of options (backpacking around Europe, taking an around-the-world ticket and just roaming, etc), we decided on visiting the Galapagos Islands.

Friends and family generously gave us money toward the trip, and before long we’d mapped out our two-week honeymoon.

It began in Pululahua Biotanical Reserve, which was a few hours from the Quito airport we flew into. It was a giant crater formed from ancient volcanoes, inside of which were a few farms and a little hostel. We stayed there for a few days, took a hike that was a lot longer than expected (I learned that Google Maps doesn’t account for differences in elevation when you use it in offline mode), rode some horses, and drank wine surrounded by beautiful birds. 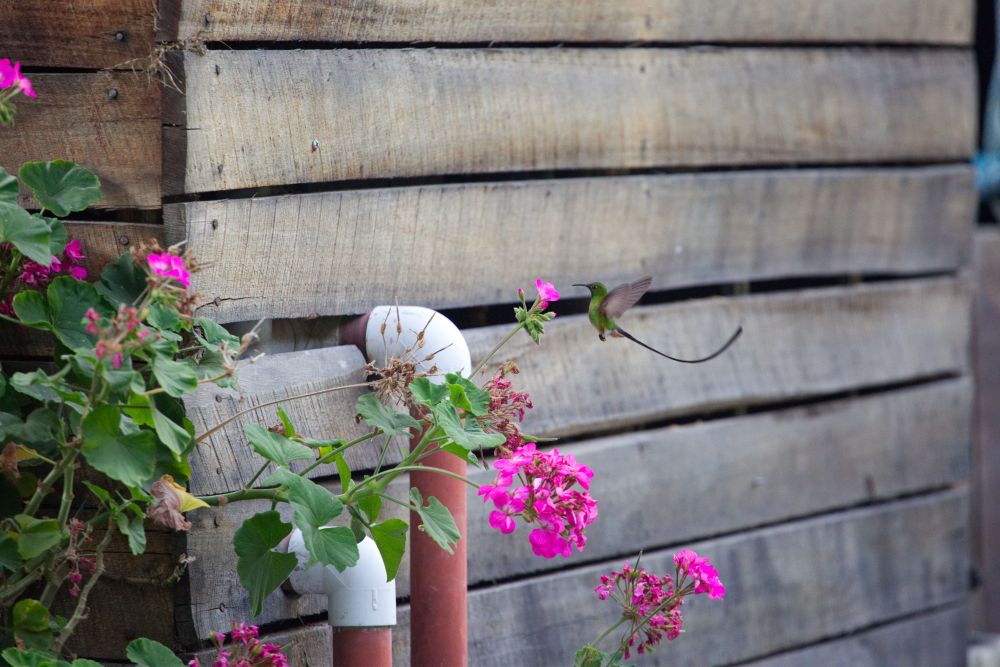 We took a rickety taxi to Otavalo, where we had a hard time finding our hotel and then immediately changed hotels once we did find it because it was terrifying, cold, and didn’t have a lockable door. We visited the Otavalo artisan market, the largest in South America, and bought souvenirs with newly-formed Spanish bartering skills that I’m sure were very impressive to the locals, who couldn’t believe we were haranguing them over a $2 difference. Truth is, bartering is really fun, especially in a language in which you only have an elementary understanding.

After a night at a super touristy resort on a lake (complete with a torchlit sunset cruise with awful music accompaniment), we took a lengthy taxi ride to Quito. A few days in Quito had us exploring the city, walking its very hilly roads, and seeing its churches and colonial history. We took a great walking tour led by a local, who went on a lengthy diatribe about Ecuador’s history of terrible financial decisions. 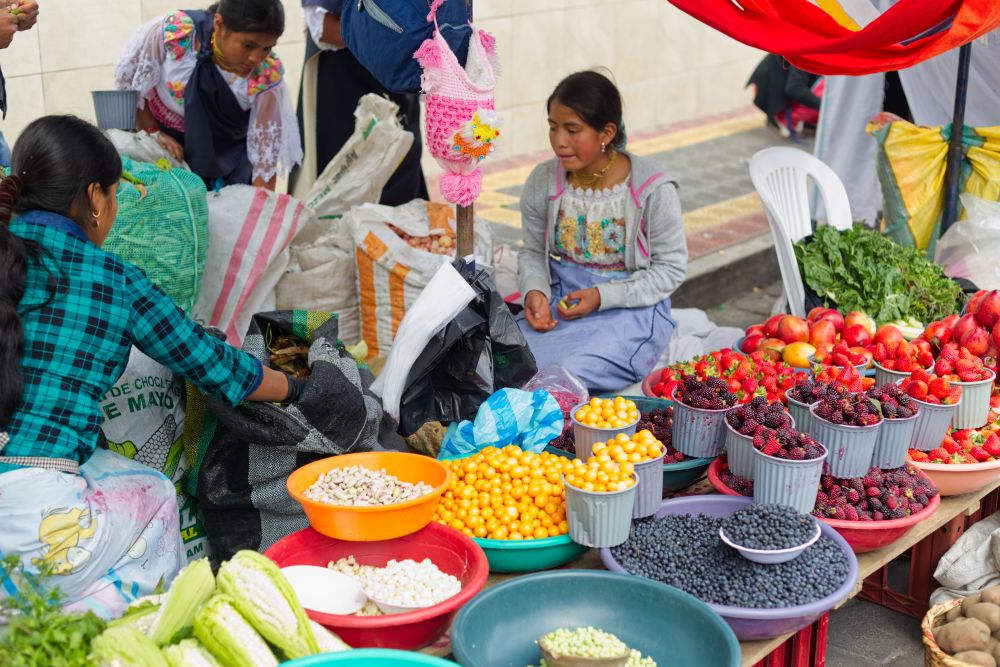 Then we hopped a plane to the Galapagos Islands, which was our main reason for visiting the equator.

Over five days on a boat with 100 passengers, we snorkeled in the waters and visited the westernmost islands, where we encountered all kinds of animals that weren’t the least bit scared of us. It was amazing, and I’m happy I hauled as much camera gear as I did. There were times that we were able to get so close to the wild animals that my telephoto lens couldn’t even pull focus. I actually had to back up in order to take a picture.

Most of the incredible wildlife and scenery is captured in my video, but I wasn’t equipped to photograph the mother and daughter humpback whales that we chased across the ocean, nor did I catch when they breached only a few dozen feet away from our tiny dinghy. It was a little bit terrifying to be reminded how much smaller we are than those massive whales, but an incredible experience. 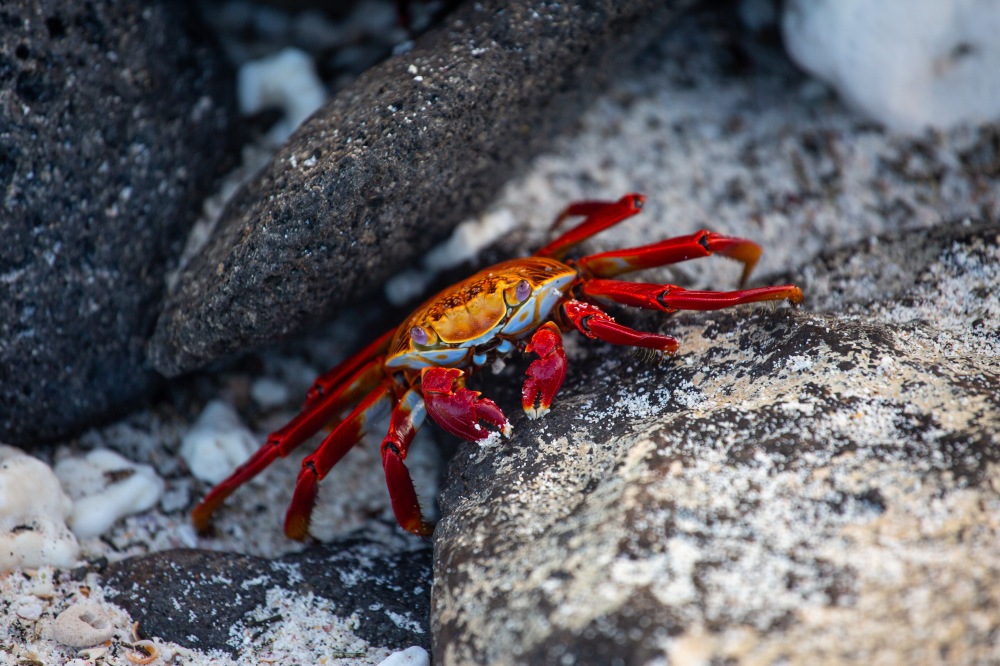 Our last morning in the Galapagos took us to see the oldest animals on the planet, the namesake of the island, the giant tortoises. They all hung around in a big mud pit and looked pretty content, though if they weren’t content I’m not sure we would have been able to tell that, either.

After a flight back to Quito, we had one last night in Ecuador, which we spent by going to one of the country’s nicest restaurants. Caitlin objected profusely, since after all we had packed clothes for adventuring on remote islands and not classing it up at a swanky restaurant, but we went anyway. 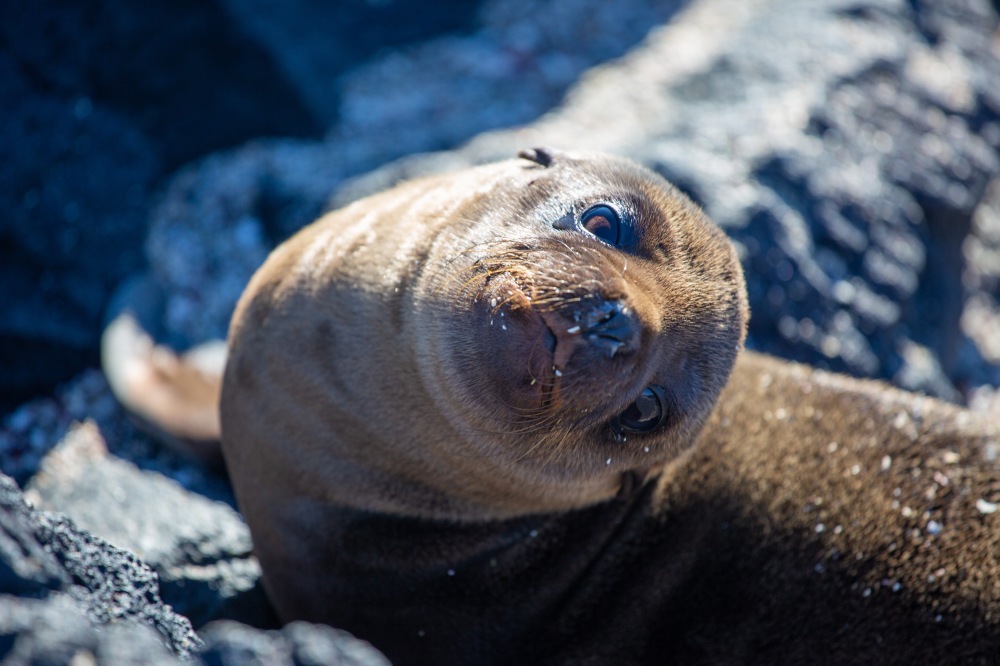 The waiter chatted with us, clearly told to do so by his manager in case we were some kind of secret shoppers, and the food was delicious. Still, it felt a bit like everyone was watching us, so we skidaddled after a few drinks and apps and slept a few hours before hopping our flight back to the nightmare that is Mexico City’s airport. Seriously, don’t go there.

It took me a while to edit these photos and this video, but it was really nice to re-live the trip. Early on in the trip, we told each other we probably won’t be coming back to Ecuador or the Galapagos Islands, so we’d better enjoy it. They’re just so remote (and expensive), plus there are so many places to see in the world. It was a lovely and unique honeymoon, though, and I’m not sure I’ll ever be able to say I was taunted and followed by a baby sea lion ever again.

One thought on “Our Ecuadorian Honeymoon”