When Don Samuels is hired to fix a news station’s broken helicopter, he becomes convinced by a demon to go on a murderous rampage across the city. 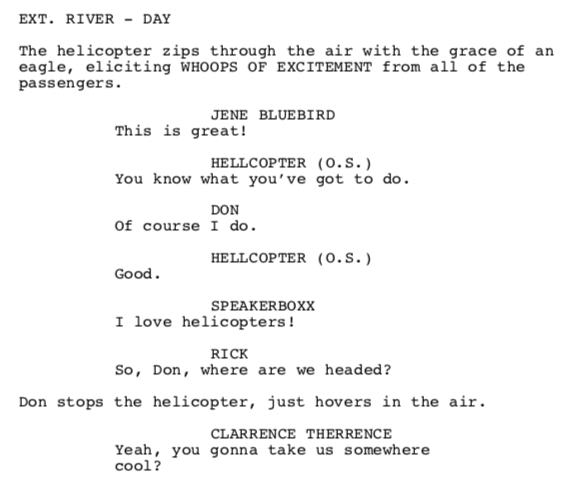 The titular Hellcopter was destroyed at the end of Hellcopter I, so Hellcopter II picks up with Mary Duke and her news station hiring a mechanic to fix their broken new copter. Don Samuels does it beautifully, his charming locks of hair flowing fashionably in the breeze, but little does he know this helicopter is possessed by a homicidal demon.

Don and Mary fall in love, but their romance wasn’t meant to be. After having conversations that only he can hear, Don takes the helicopter through town on a killing spree that will leave you truly chilled to the bone.

My filmmaking group in Nashville made up a crazy action comedy series of films from the ’80s called Hellcopter, all centered around a helicopter that was possessed by a demon. As you can see in my Hellcopter video post, we actually did end up shooting something for Hellcopter, though it took the form of a four-episode mockumentary looking back at the series (which never existed).

Once we had conceptualized the individual films in the Hellcopter canon, each of us took one of them and wrote an actual feature screenplay for that film. This was mine, the second in the series, and it was a lot of fun to write because it’s basically an anything-goes kind of script with tons of jokes in the action lines.